Chelsea's Forward Tammy Abraham Has Extended His Contract To 2023 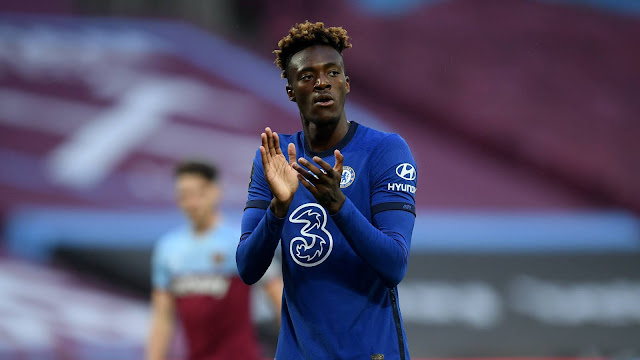 England and Chelsea star Tammy Abraham has extended his contract extended by another year to 2023 after a clause was activated which he was required to reach15 Premier League goals.

The sensational striker was on the scoresheet in the Blues' 3-2 win over Crystal Palace after a long goal drought. The win against Crystal Palace has made the blue's Champion's league race promising.

With the England Star original deal due to expire in 2022, the clause in his contract gives the blues some further breathing room as they consider the forward's long-term future.

The blues manager, Frank Lampard was extremely happy to see the striker break his goal drought against Palace, with his rhythm having been disrupted due to an ankle injury sustained against Arsenal in January.

"It will be really important for Tammy because he is desperate for goals," Lampard told reporters.

"He hasn’t scored a for a while, it helps his confidence and it is good for me. It gives me other options. He came on later in the game, he scored the winning goal and I'm pleased for my strikers."

The manager also spoke about Abraham putting his contract talks out of his mind and how he expects an agreement to be reached with Blues director Marina Granovskaia, who will lead the talks.

"I think on Tammy’s contract we’re not at a critical level with it and I’ll leave that between him and the club to discuss that side of it," Lampard told reporters. "I don’t think it’s something in his mind now. It certainly shouldn’t be.

"What needs to be in his mind now is these games we have coming up and how much he can give us on the pitch, whether he’s coming on as a sub or starting games. He has had a really good season.

"He hasn’t scored so much in the second half of the season and as a young player, it’s always clear that when you have those periods there’s only one way out of it and that’s work and repetition in training and trying to make the most out of every moment you get.

"I just think that’s where Tammy’s at. The contract will hopefully look after itself. It’s between him and the club."