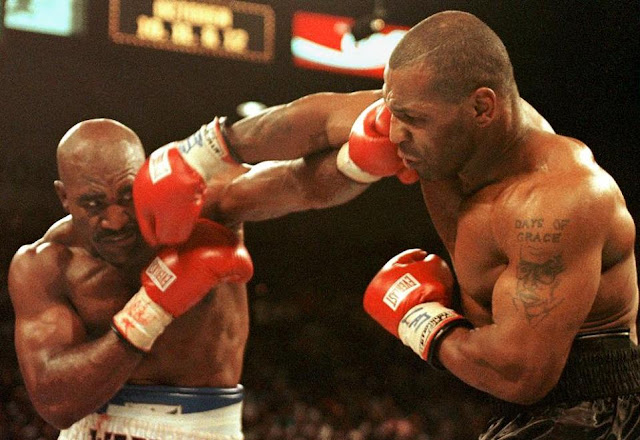 Both men have recently released impressive training videos upon their return to the gym.

And Holyfield has now welcomed the idea
of taking on Tyson for a third time.

“I would do that! Yes, I want to fight Mike Tyson,” Holyfield told The Sun.

“My whole thing is I’m open, and I know that I want to do well for myself at age 57. I can definitely handle him.

“But Mike would have to want to do it as well.

“We have to come up with something that is not a knockout grudge match.

“It’s not about who can beat who, but to show people we were some of the greatest fighters in our era and we’ve come together as men to do something for others.

“I don’t have anything against Mike personally, the thing is I think it would be good for the sport and even though boxing is a rough sport, we can show people we can come together.

“Mike is looking sharp, but I’m in very good condition and shape physically and mentally.

“And if the money is right, too, then let’s get it on.

“I know he’s getting offers from all types of people. Since we have both announced a comeback, a fight between me and Mike would definitely be the fight people want to see.”
Ads Under Post PC