Home » La Liga » Premier league » Fabregas: "I Will Always Be An Arsenal Man In My Heart"

Fabregas: "I Will Always Be An Arsenal Man In My Heart" 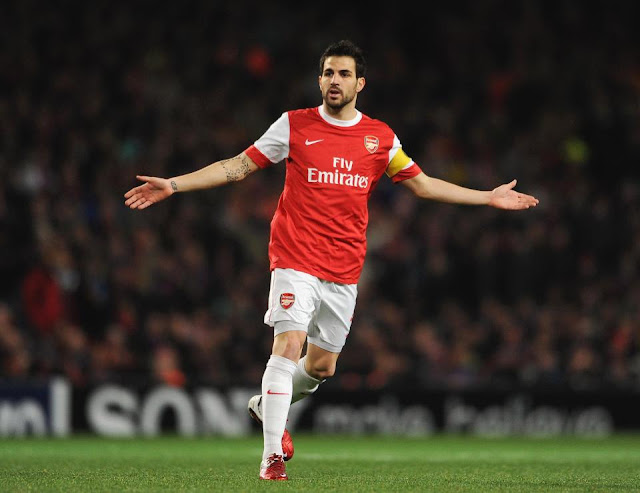 Spanish international, Cesc Fabregas has said he will always be an Arsenal man at heart despite signing for London rivals Chelsea.

The sensational midfielder enjoyed eight years with the gunners between 2003 and 2011 before moving to Barcelona.

After three years with the Spanish giants, Fabregas returned to the Premier League and signed for Chelsea.

And speaking to his former Arsenal teammate Thierry Henry in an Instagram Live chat for Puma Football, who put it to him that it is the Gunners who are most associated with him: “When I think about you, you are in a red shirt,” Henry said.

“I know people will say you won the league and became a legend at Chelsea, but you are an Arsenal man.”

Fabregas replied: “I am and it will be part of me for the rest of my life.

“I would never have thought I would have mixed feelings between these two teams.

“But you go there and you meet people, you win titles, become important and win titles. You end up having so much love for the club.

“But you are right. You don’t forget where you come from and I came from Barcelona academy and I will never forget that, but to make it on the biggest level was at Arsenal and I don’t forget that.

“I was so lucky to come in at that moment, to see you, Ashley (Cole), Robert (Pires), Patrick (Vieira), Sol (Campbell).

“The management at the club gave me so much leadership and everything I needed to be a top player.”

“I will never deny that I will always be an Arsenal man in my heart.

“Football has so many turnarounds but I will never forget the connection with the fans and I had so much love at Arsenal and Chelsea.

“No can ever hear me say anything bad about Arsenal, even when I went to Chelsea and won there, and then won the league.”

0 Response to "Fabregas: "I Will Always Be An Arsenal Man In My Heart""